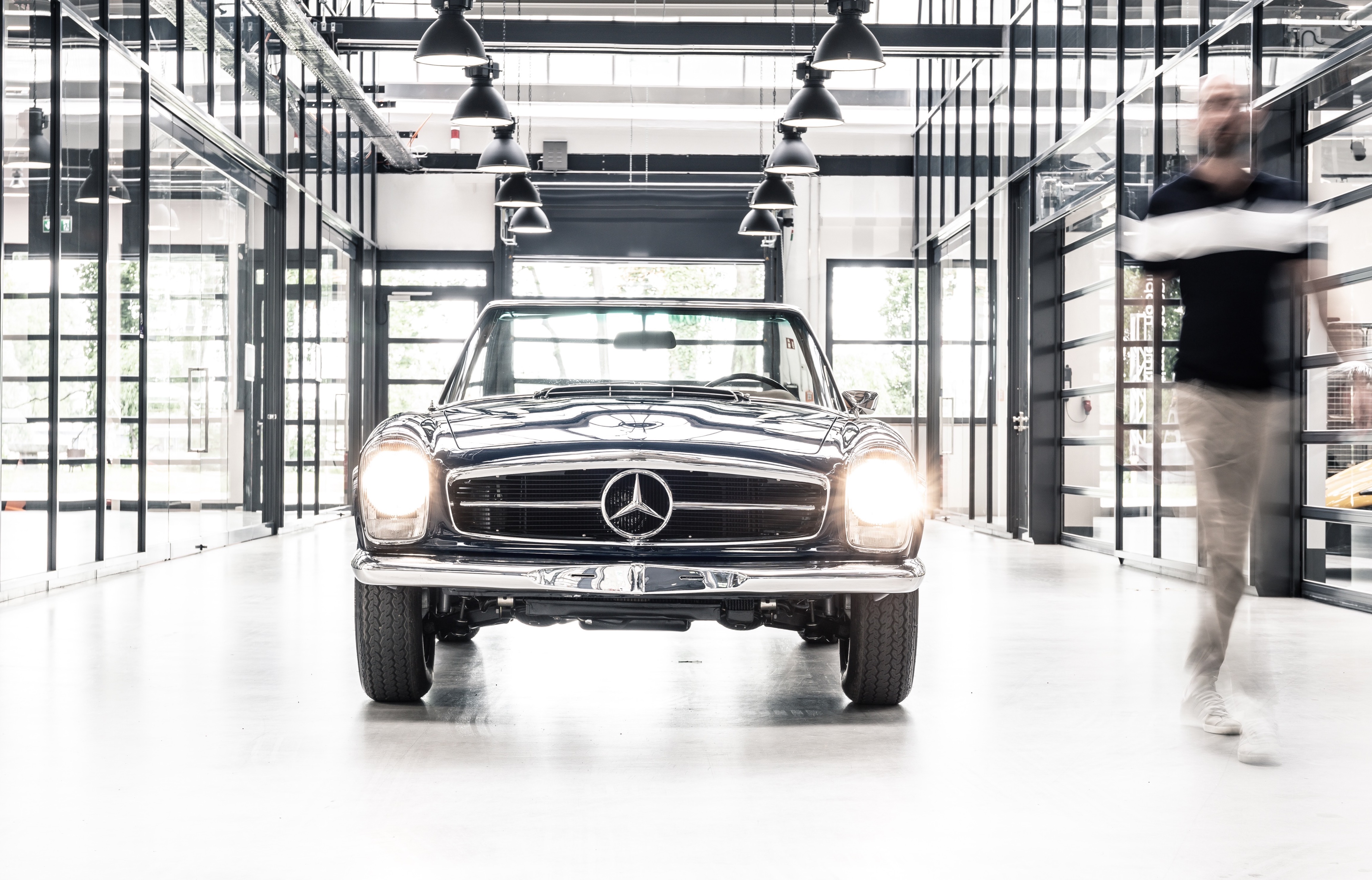 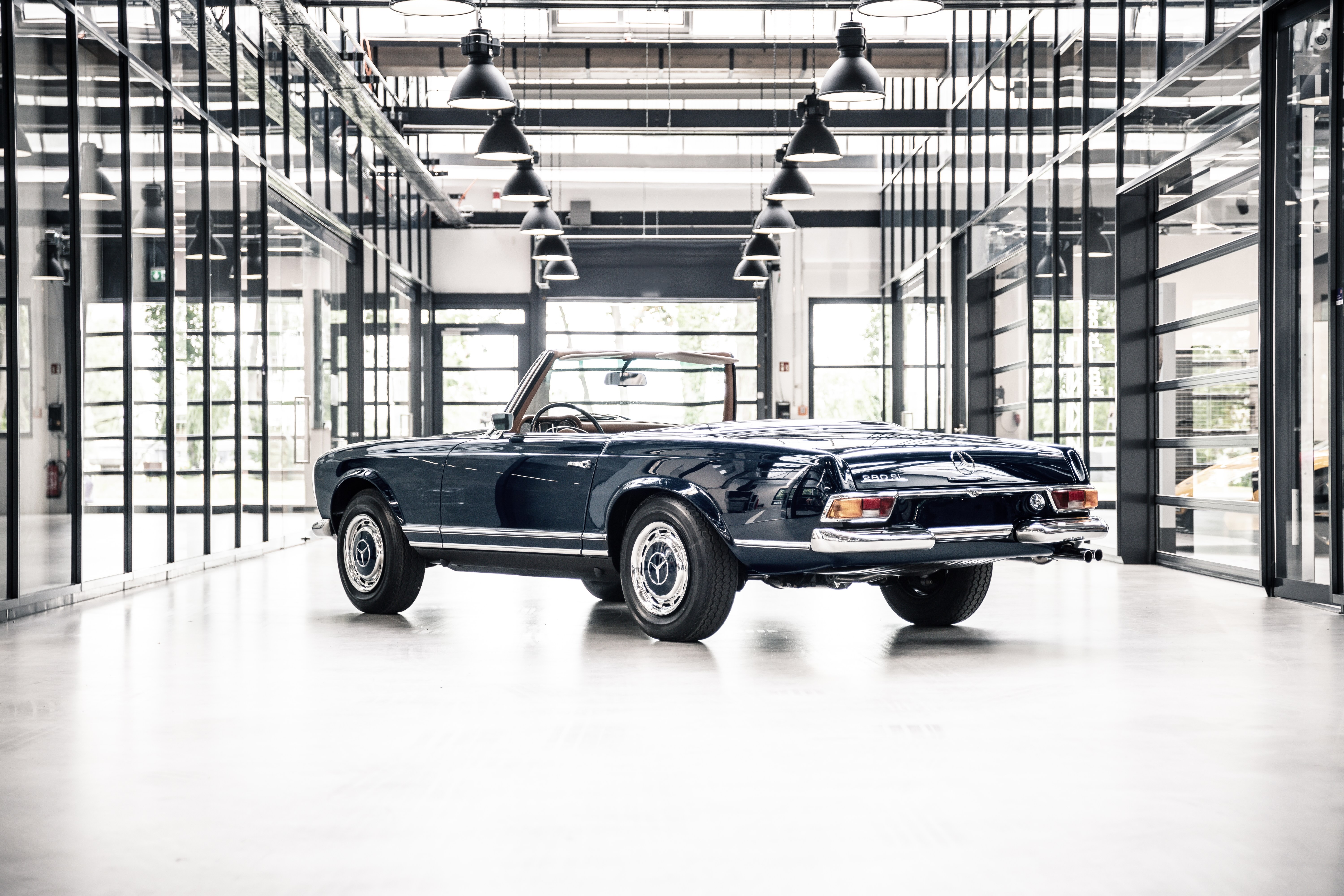 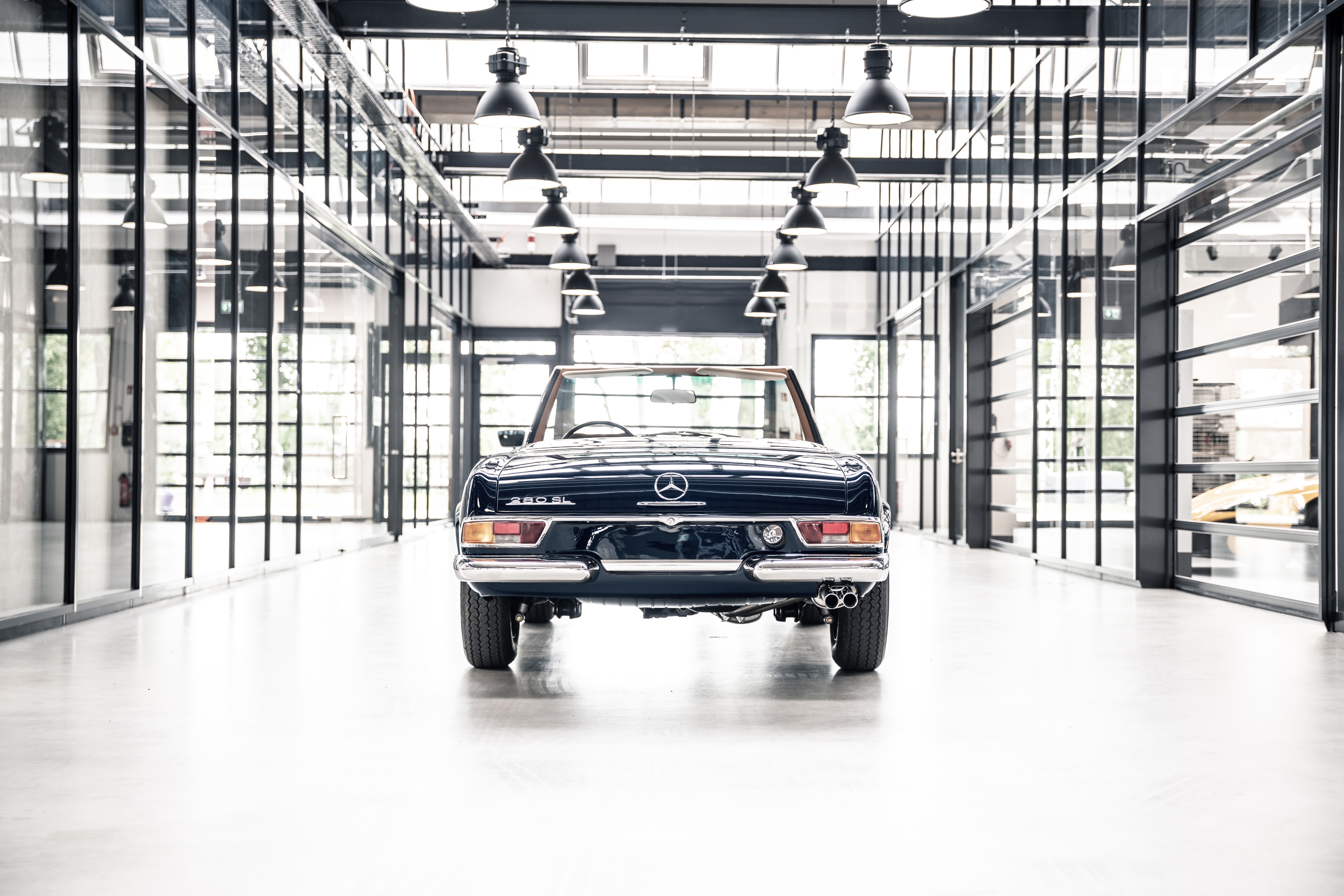 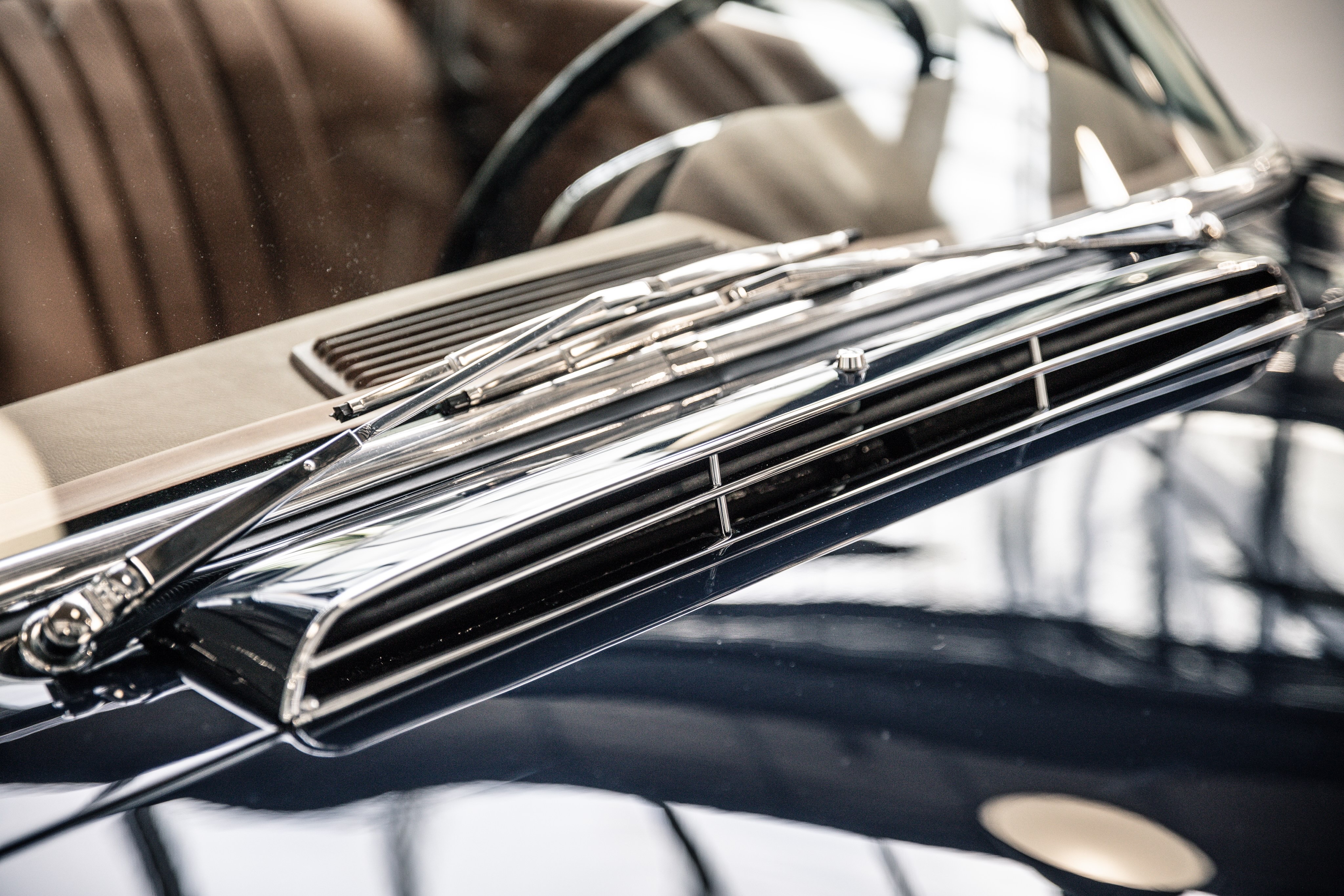 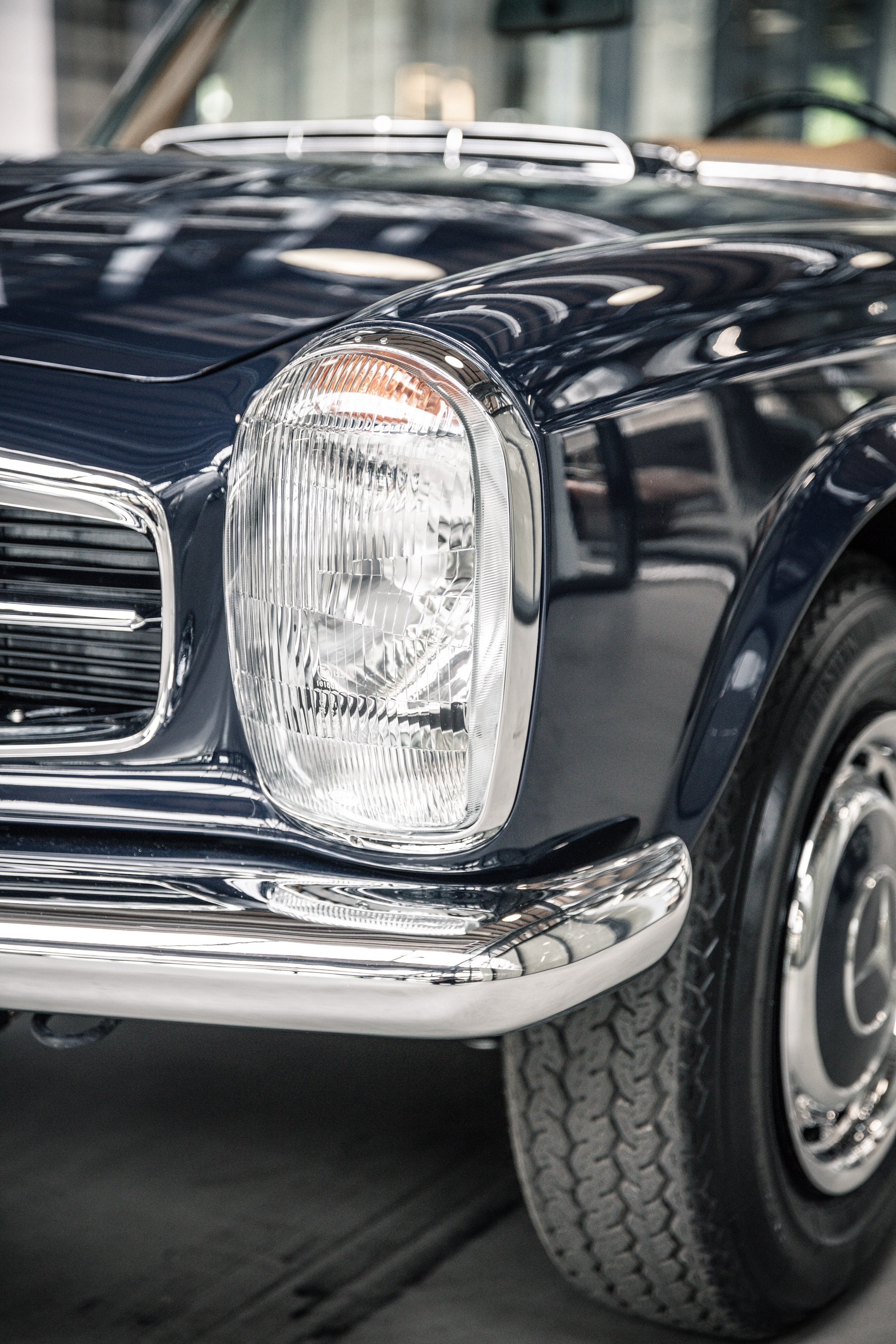 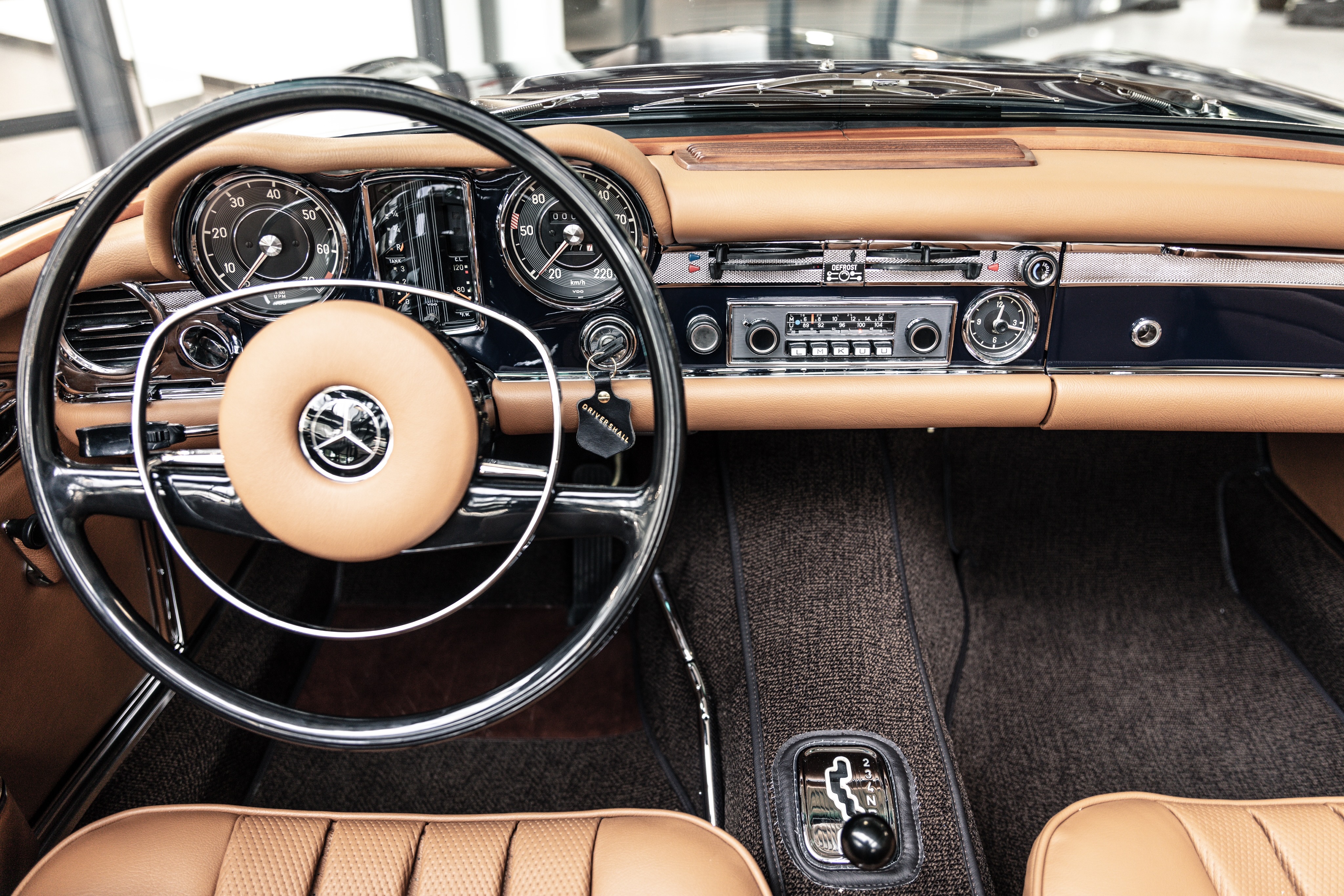 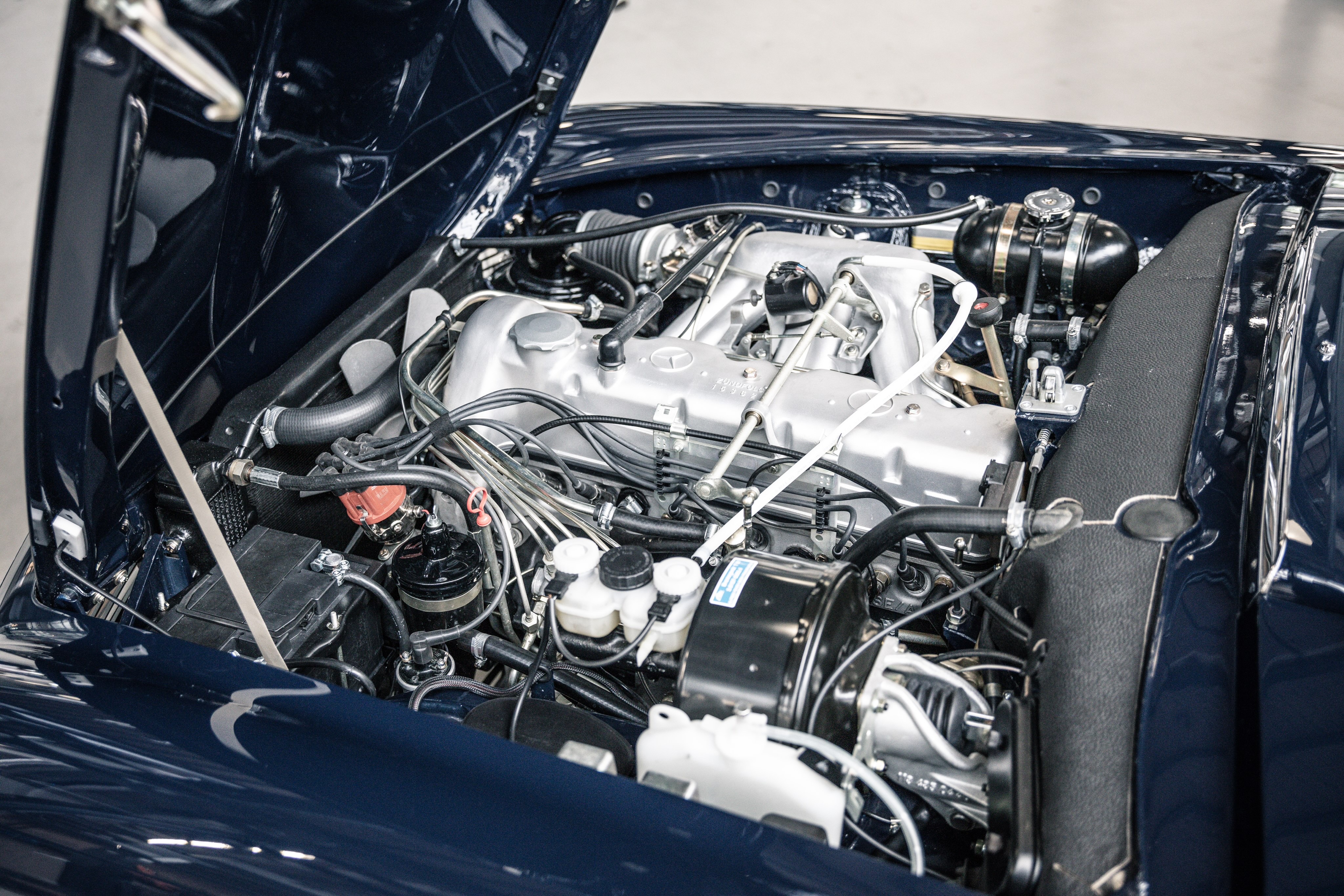 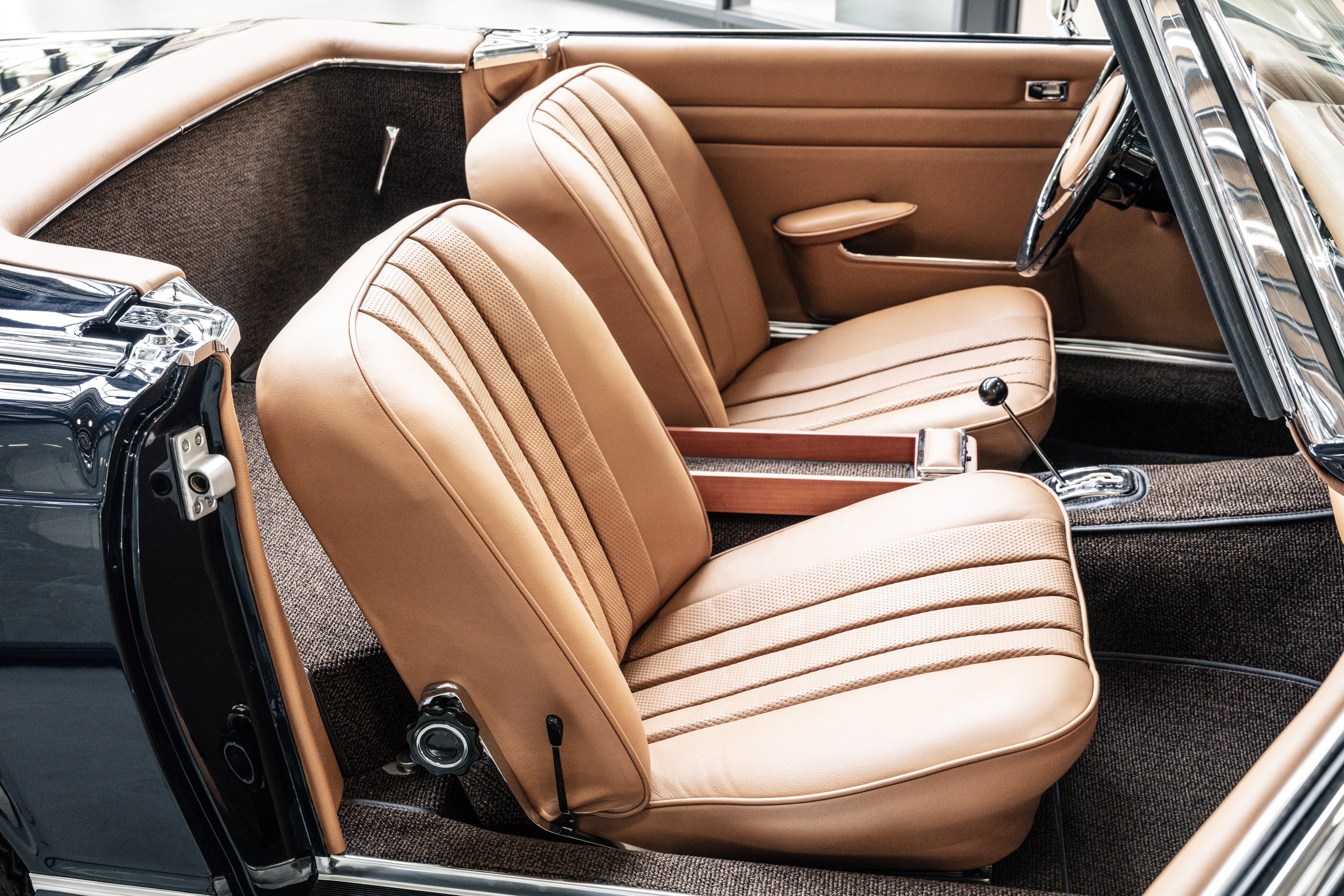 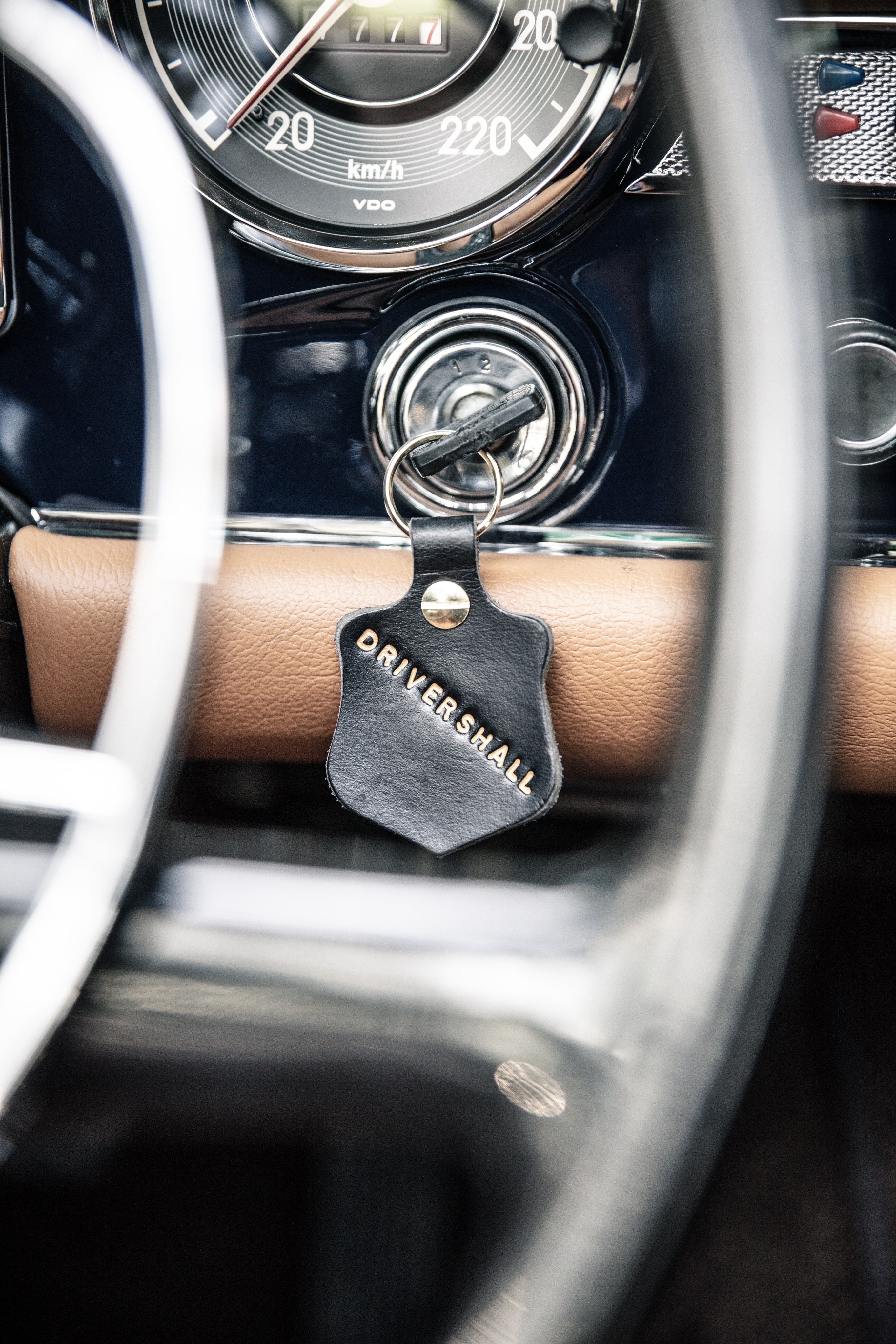 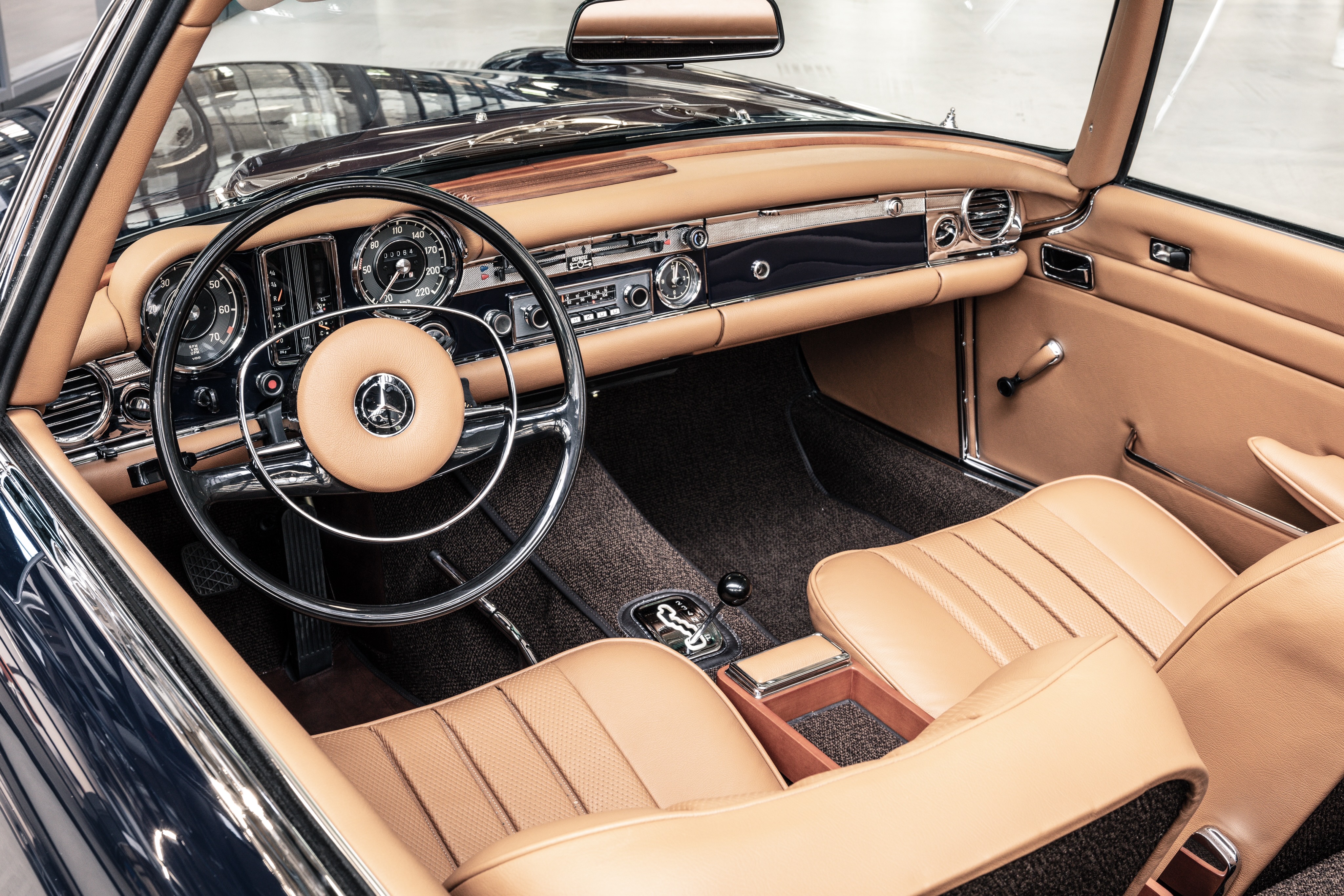 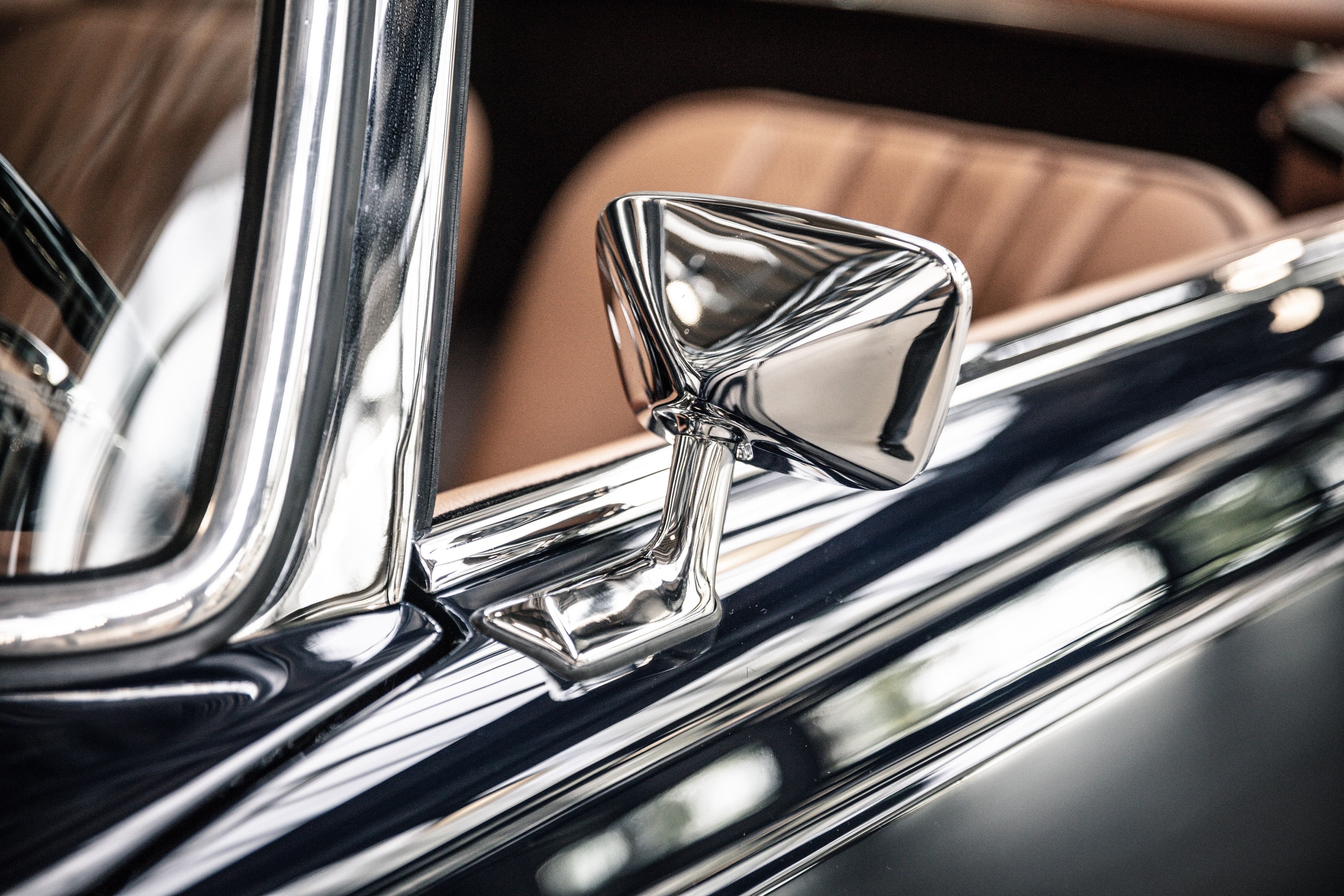 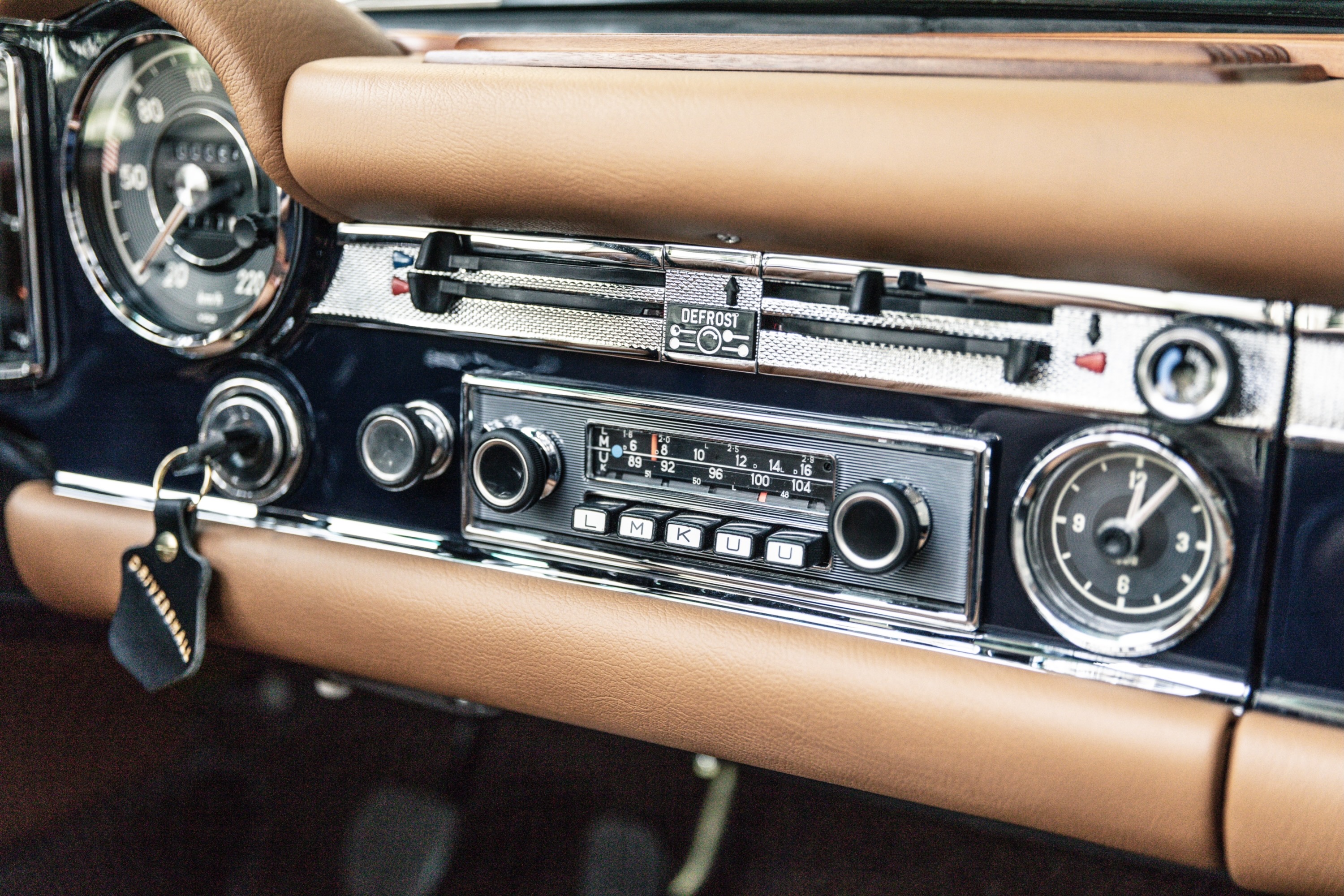 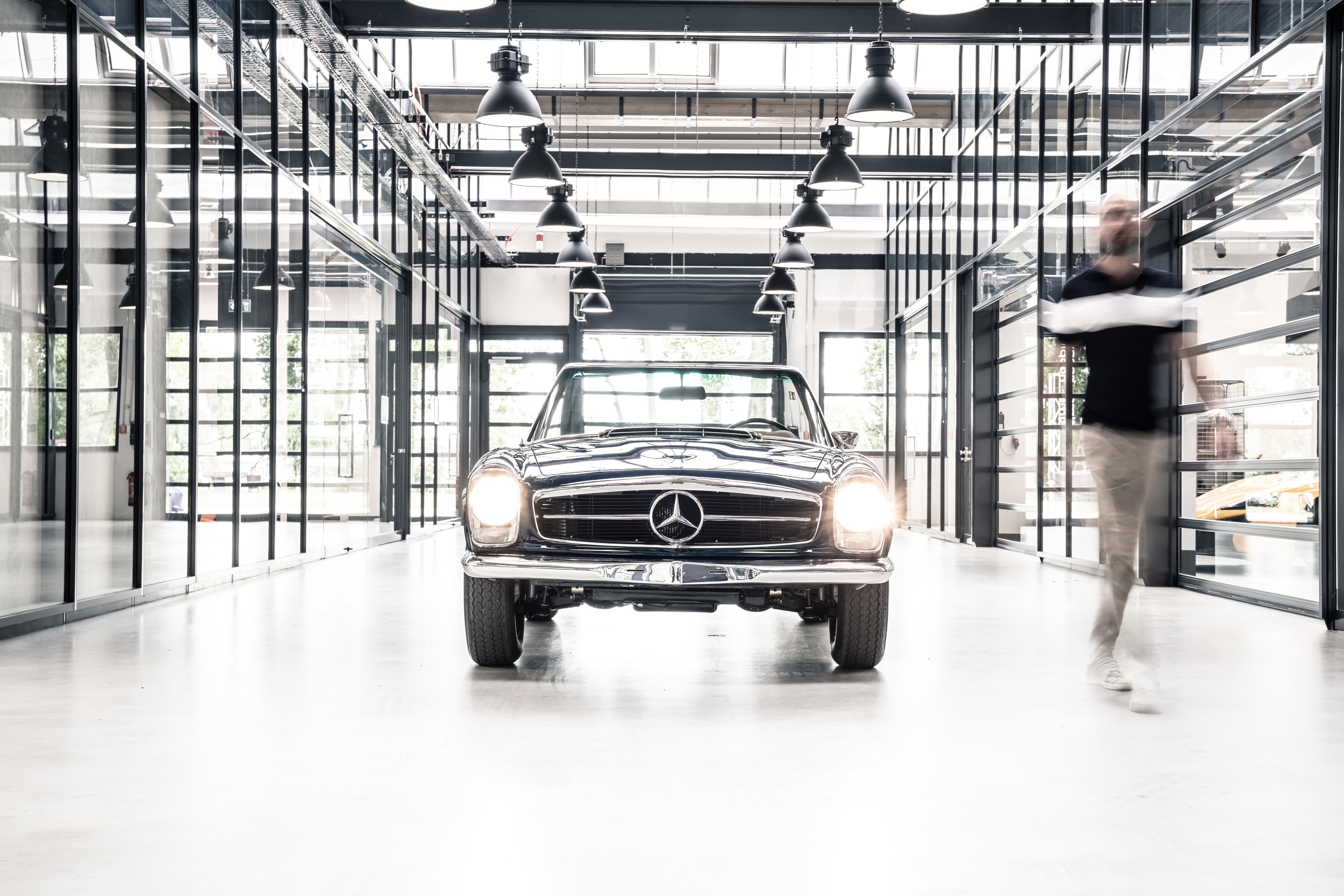 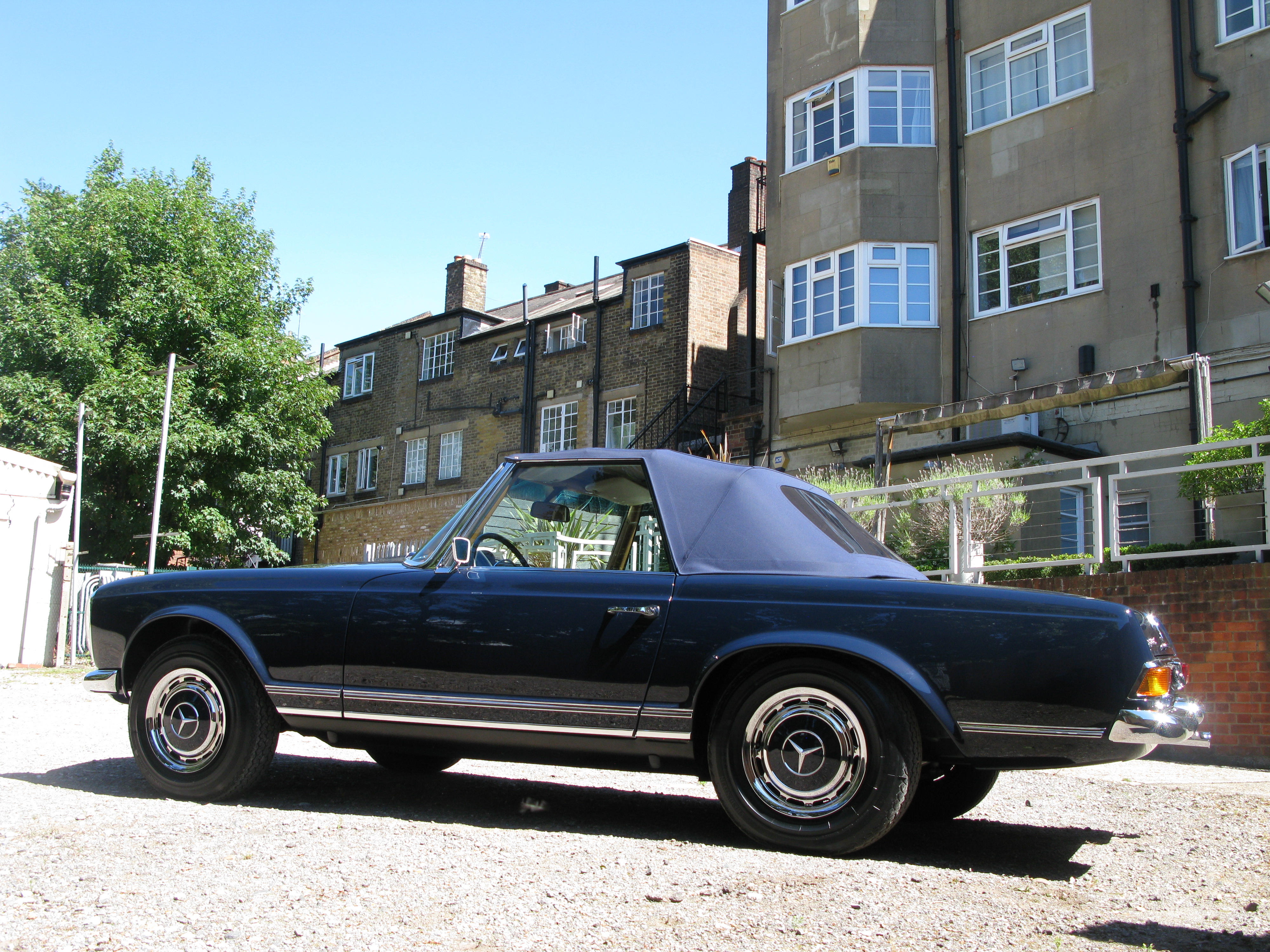 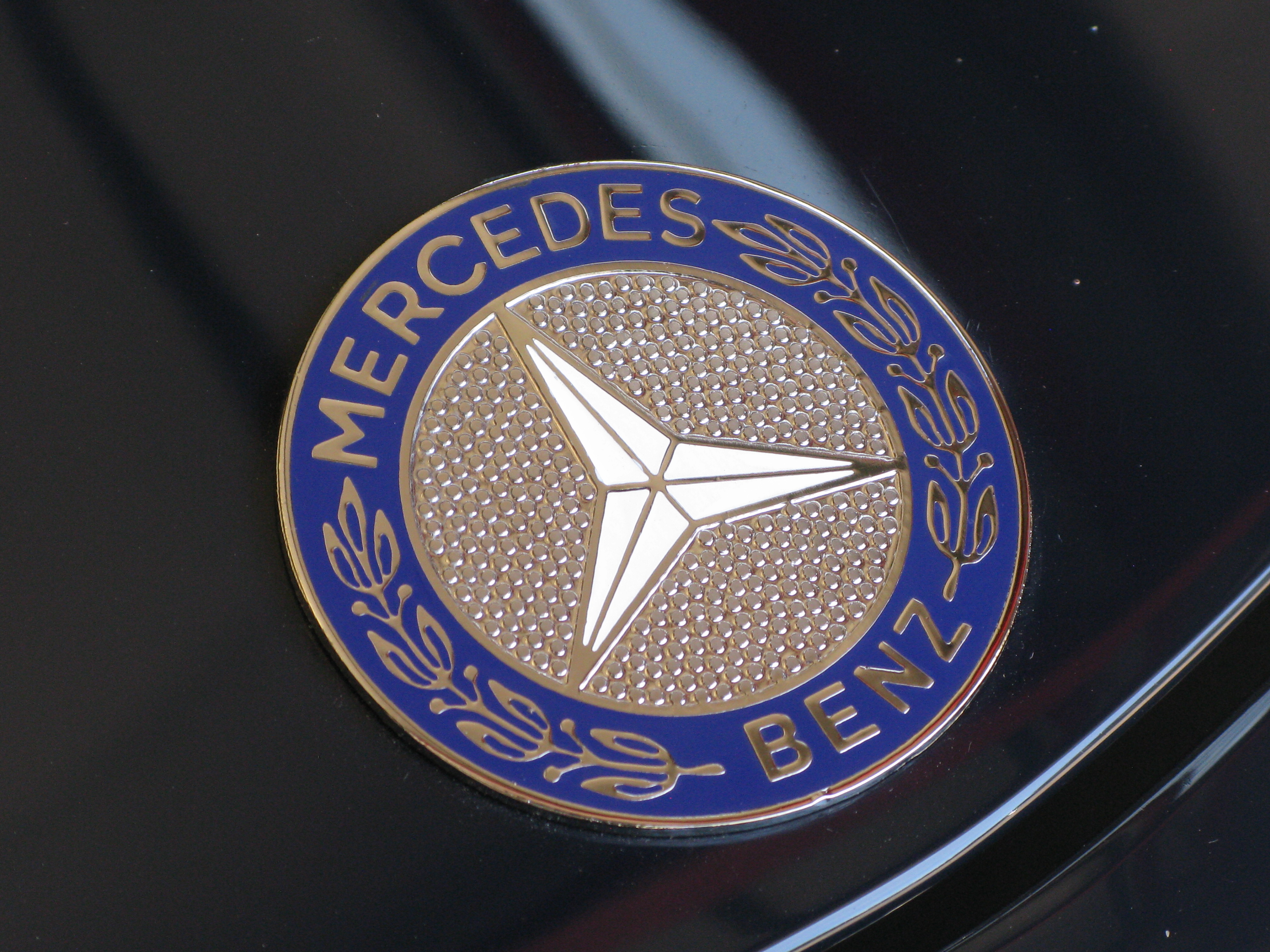 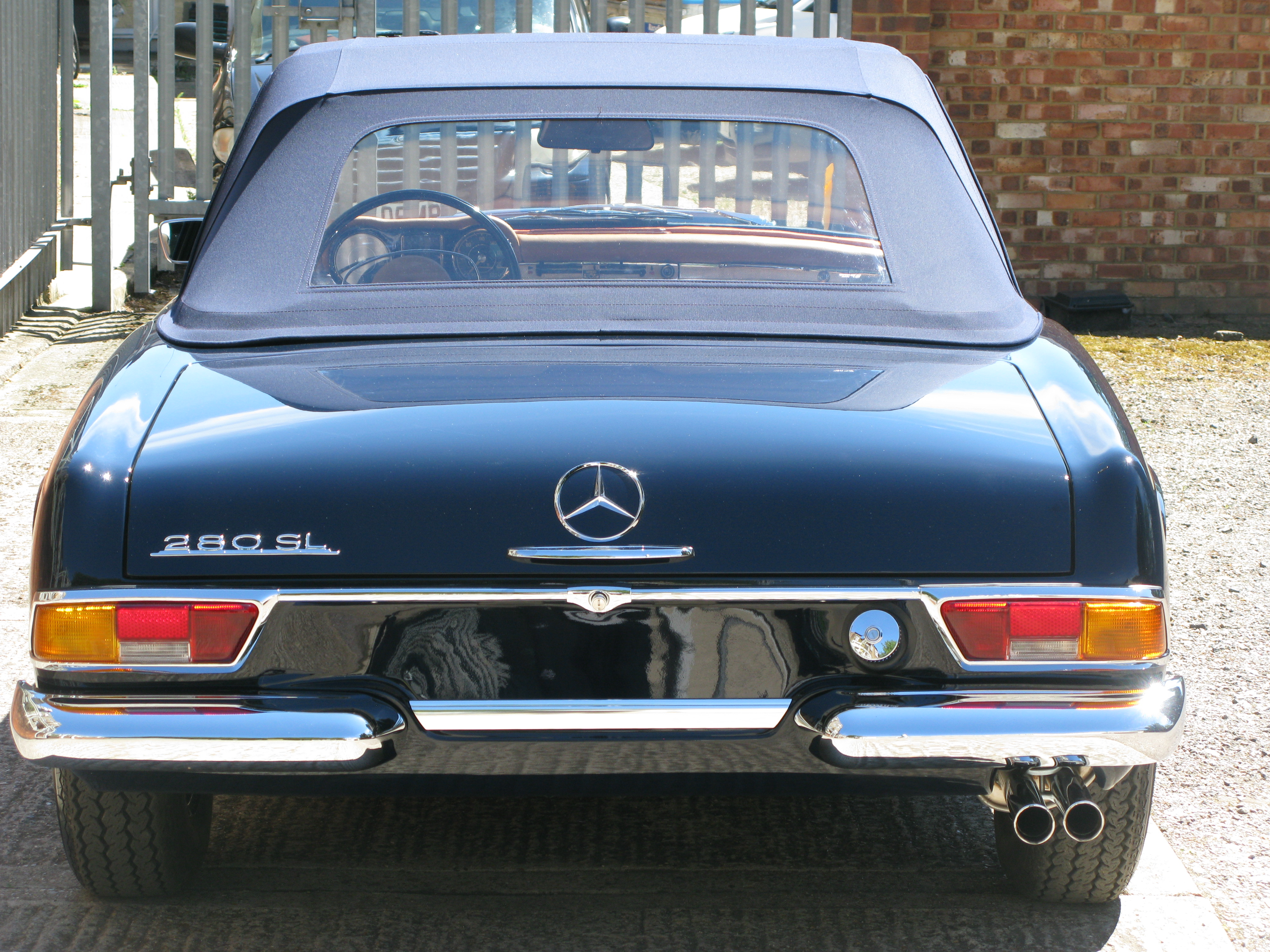 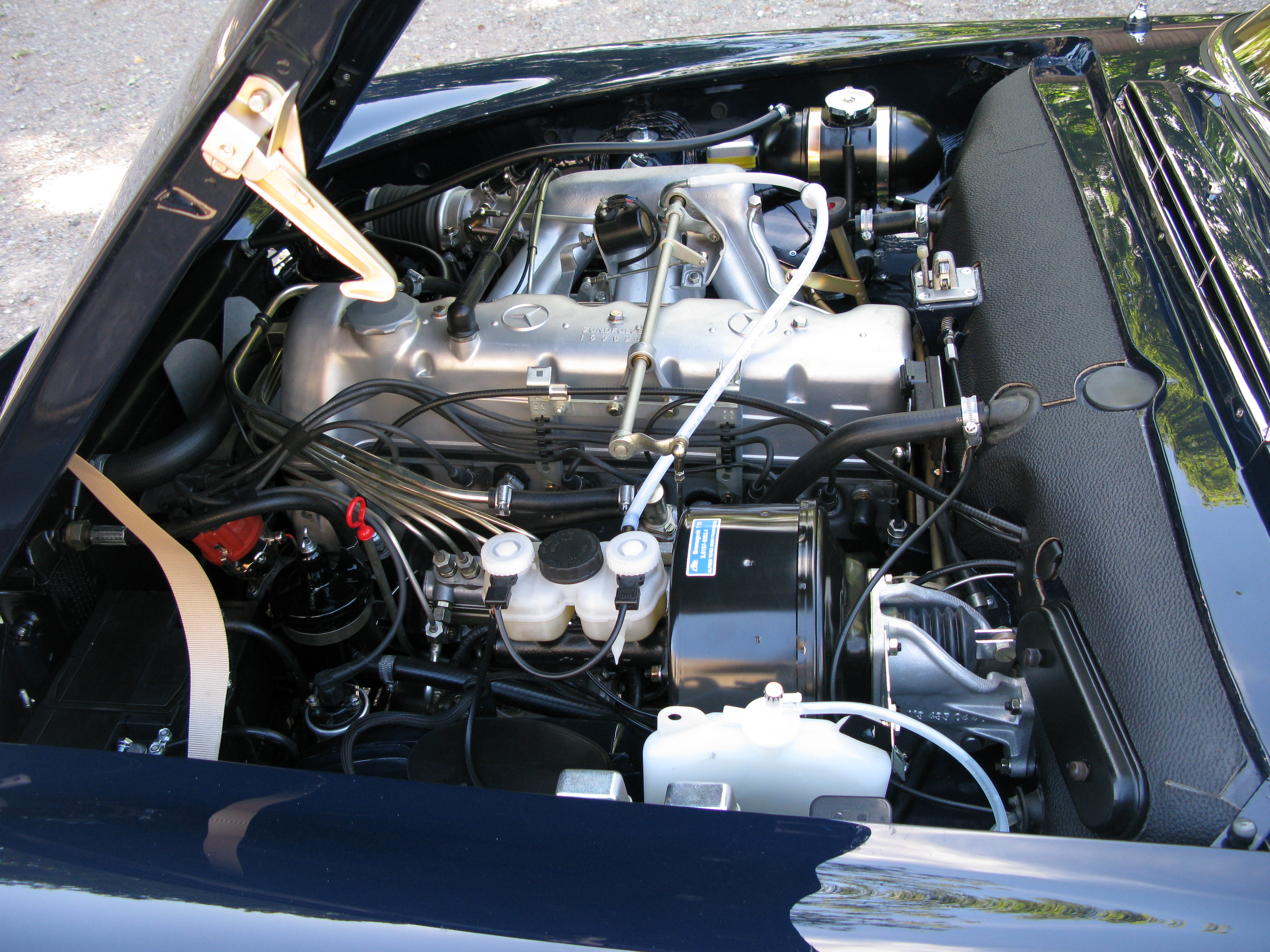 In the 1950s the Mercedes design department was made up of a motley Cerberus-esque crew comprised of Fredrich Geiger, a typically german techy test engineer, Karl Wilfert, the Mercedes born and bred head of car body development, and Bela Barenyi, an Austro-Hungarian, aristocratic, safety-obsessed, bohemian. When Paul Braq arrived from Paris having studied under the infamous and somewhat mad Phillipe Chabonneaux, he injected a French sense of elegance and style into the patent-heavy technologically driven department. At the time, Mercedes was focused most on stability, but visibility was becoming a defining feature. The “Pagoda” roof, which took inspiration from the concavity of oriental shrines, was a way of adding rigidity to the boundary-pushing light and airy glasshouse. Early sketches done by Geiger, ever the engineer and stereotypically German, show a general arrangement for a car, liner and symmetrical, with equal proportions and an austere interior. Braq by comparison, like most designers to this day, drew fanciful and exciting designs that were reigned in by the strict discipline of the Mercedes-Benz studio. The W113 (230 SL) was essentially a compromise between the two. Composed, symmetrical, with perfect lines and visual tension, its beauty lies in simplicity and refinement. Its slender, feminine lines somehow manage to belie the strength and sturdiness of the car’s construction without looking heavy, instead seeming sophisticated and agile. The balance continues on the interior which is neither excessively adorned or bare. They managed to get the perfect balance of chrome in an era that was rife with overuse. The diversity of the design team fostered the balance and elegance that the car is so well known for. Nothing needs to be added or taken away; by creating something entirely functional, they managed to also make something perfectly beautiful.

According to a statement from Mercedes Benz at the time of the Pagoda’s launch: “it was our aim to create a very safe and fast sports car with high performance that despite its sporting characteristics provides a very high degree of travelling comfort.” The result was a perfectly Franco-German, track-bred, tech happy, boulevardier; equally happy driving the backroads of Switzerland and cruising the beachfront of St. Tropez.

The November 2019 issue of Octane posed the question: “Is the Pagoda the perfect Classic for modern-day use?” The car we have on offer today makes a strong case for the answer being “Yes.” The restoration job by ReinCarNation in Poland is the best our owner Anthony has ever laid eyes on. Everything has been meticulously detailed, it is simply perfect. This car started its life in America but its whereabouts after that are relatively unknown and the mileage has been reset, however, most importantly the numbers do all match. The recent owner undertook an extensive restoration project to get the car to the impeccable state it is presented today.