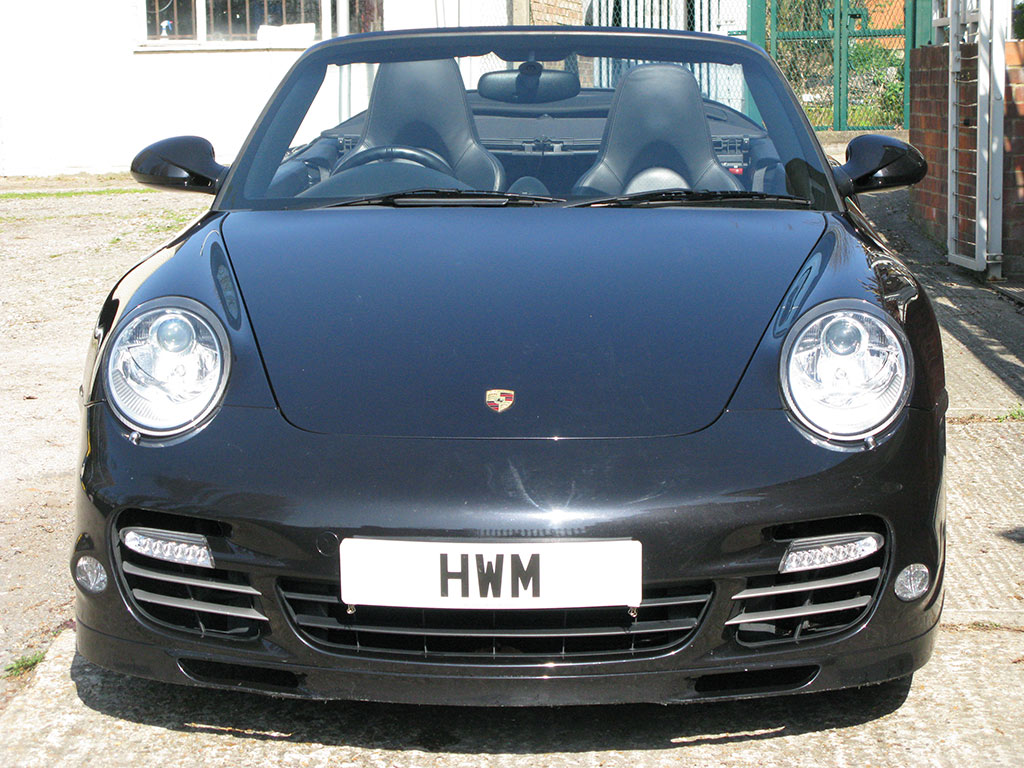 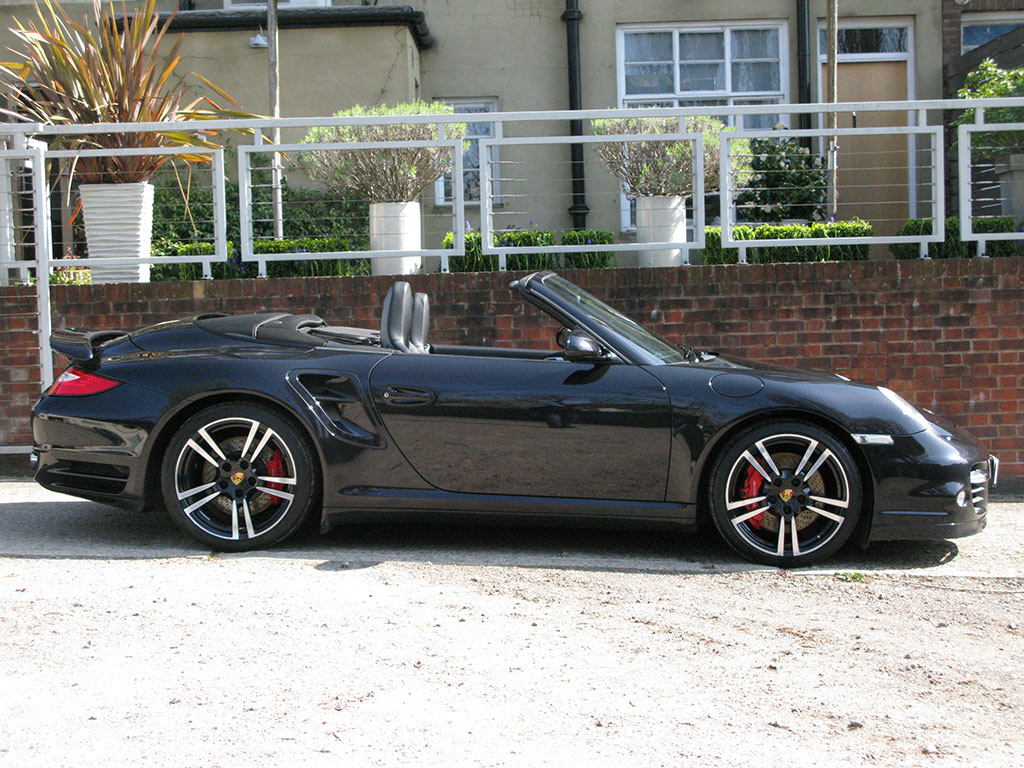 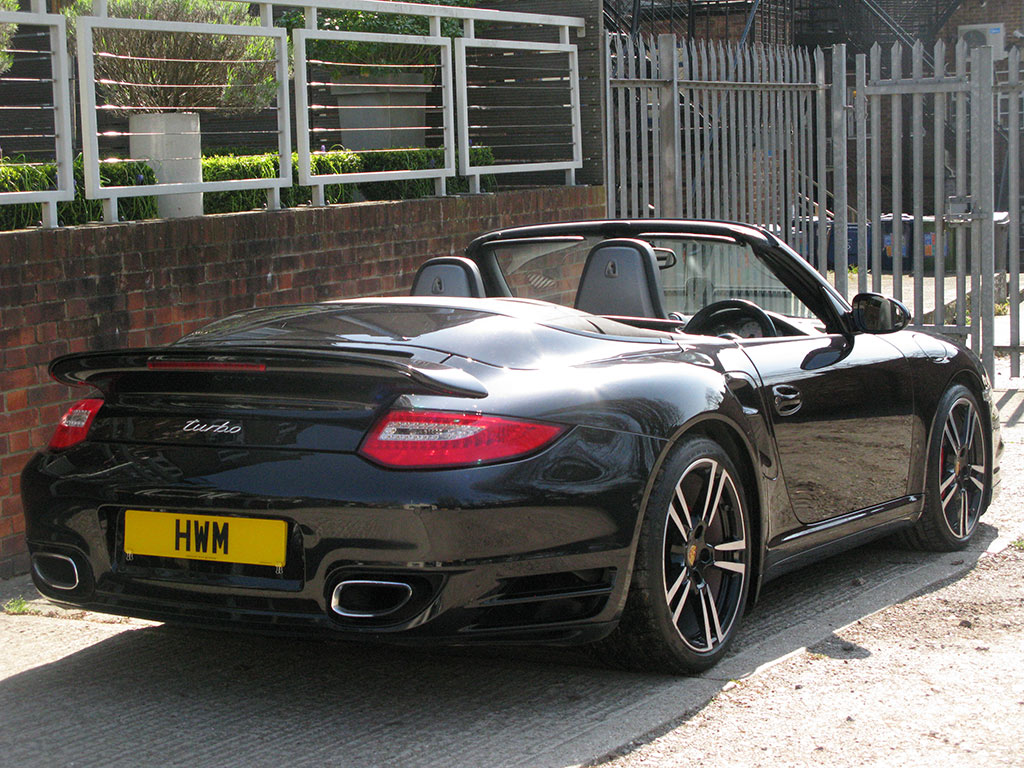 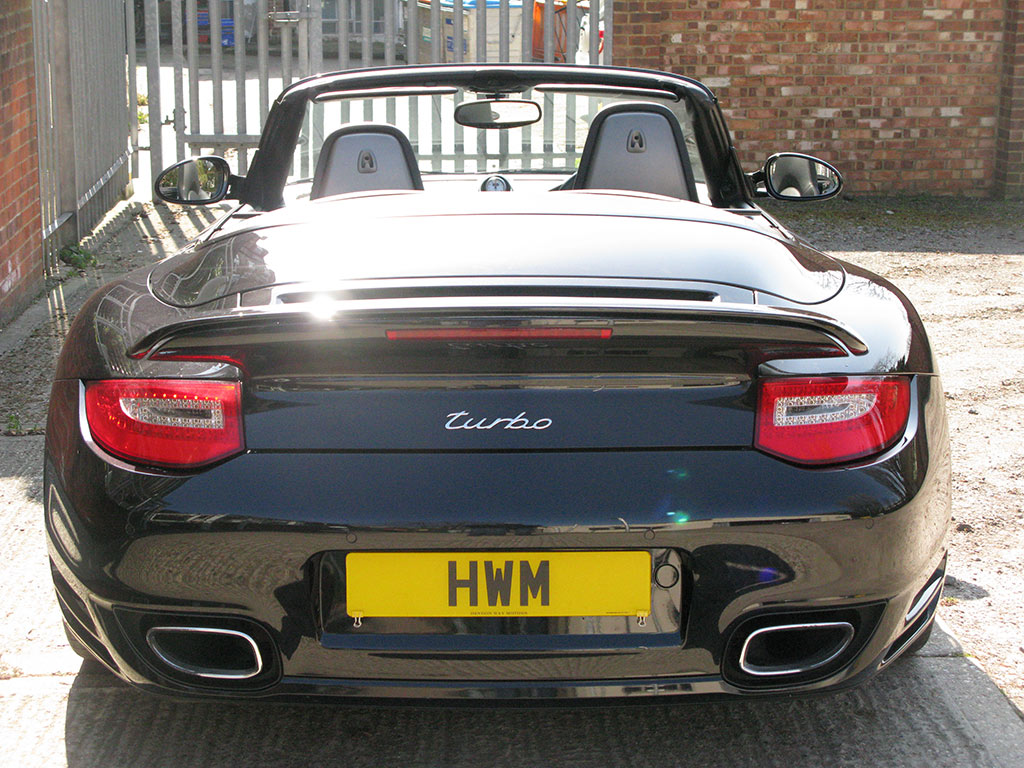 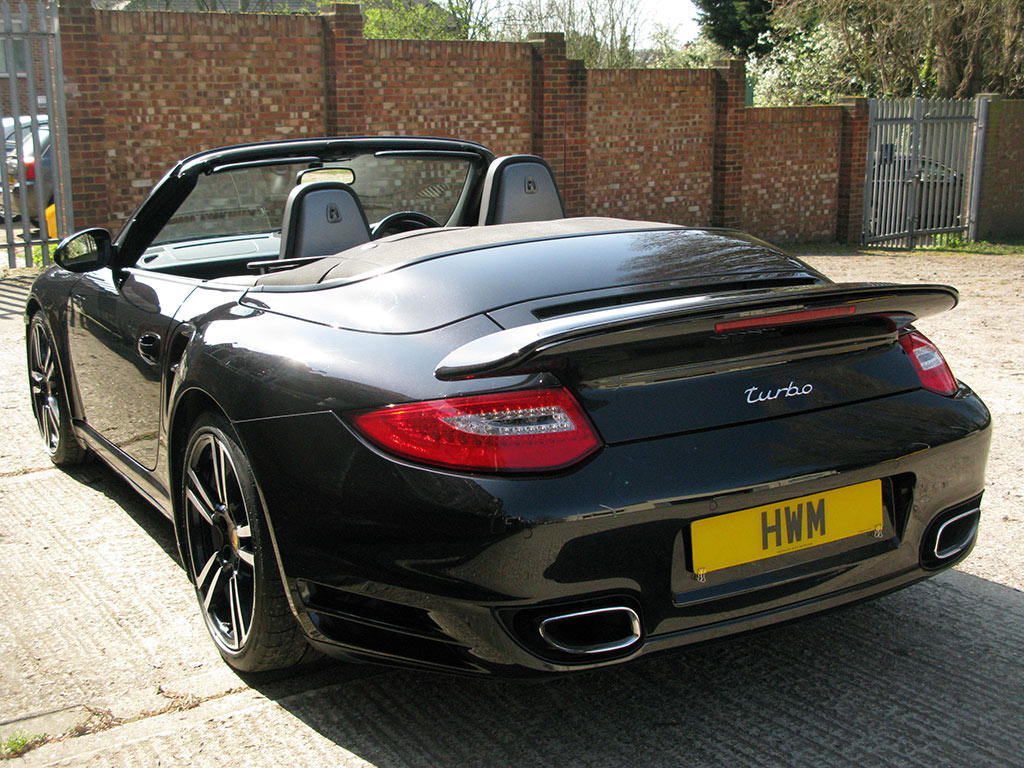 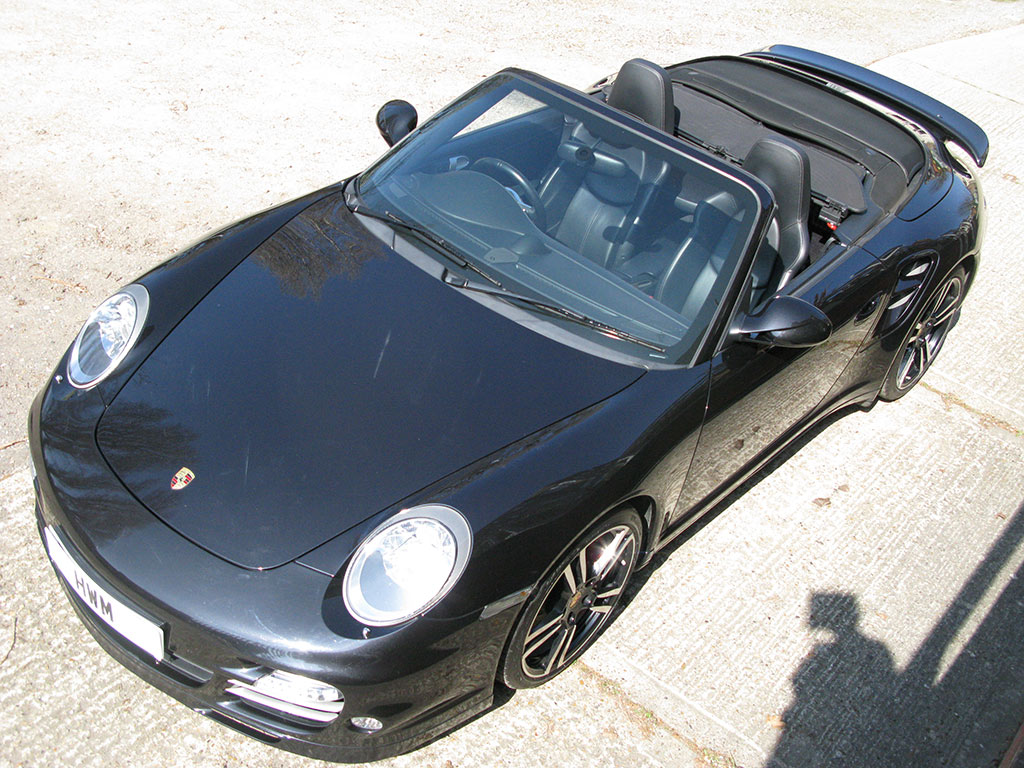 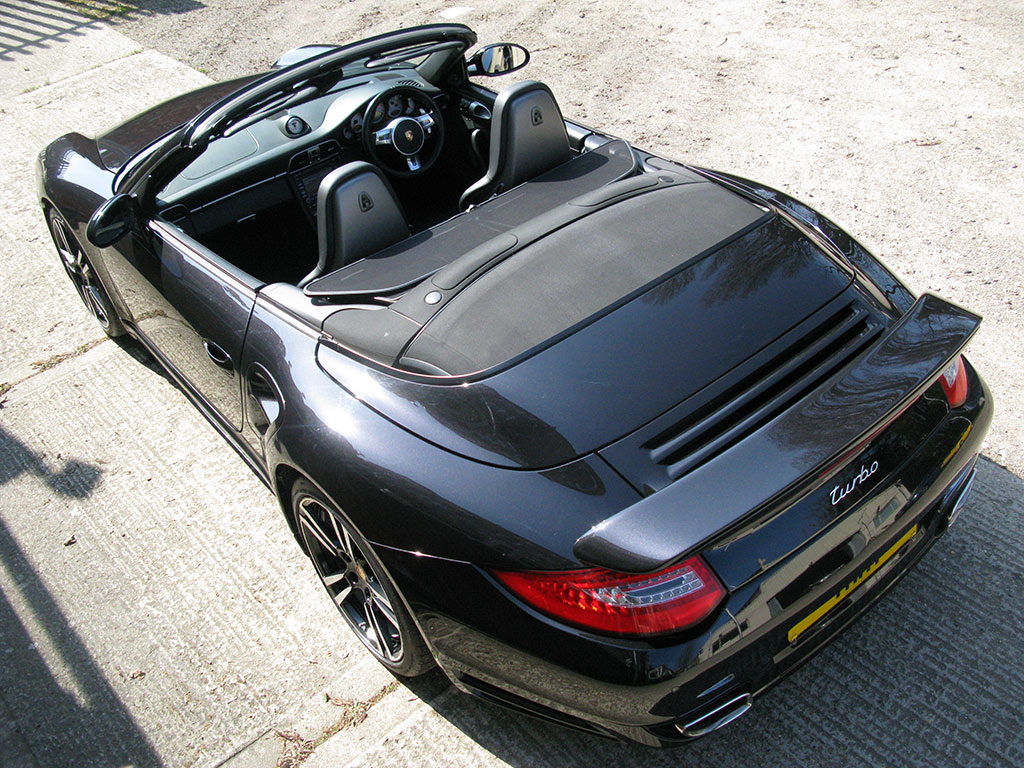 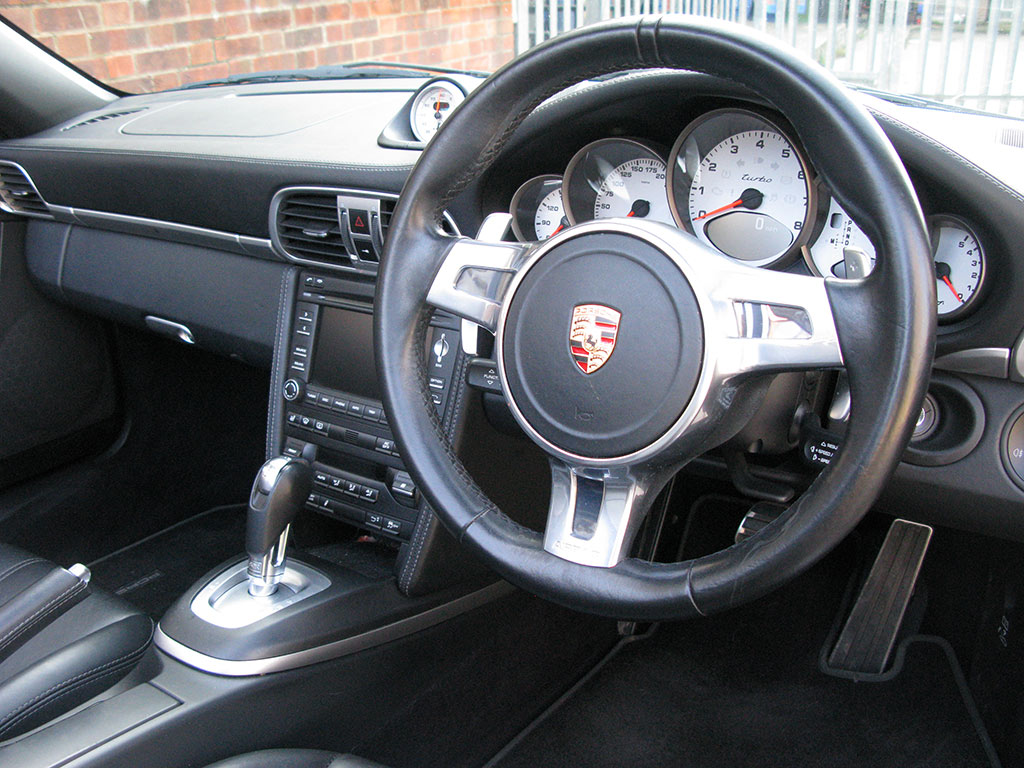 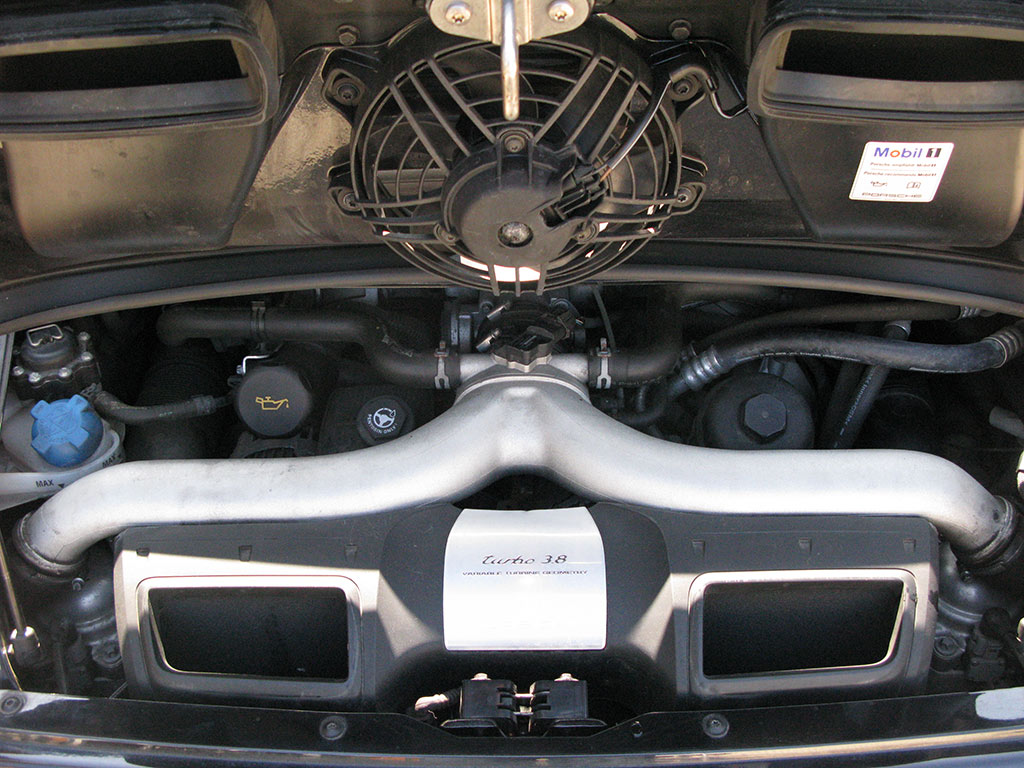 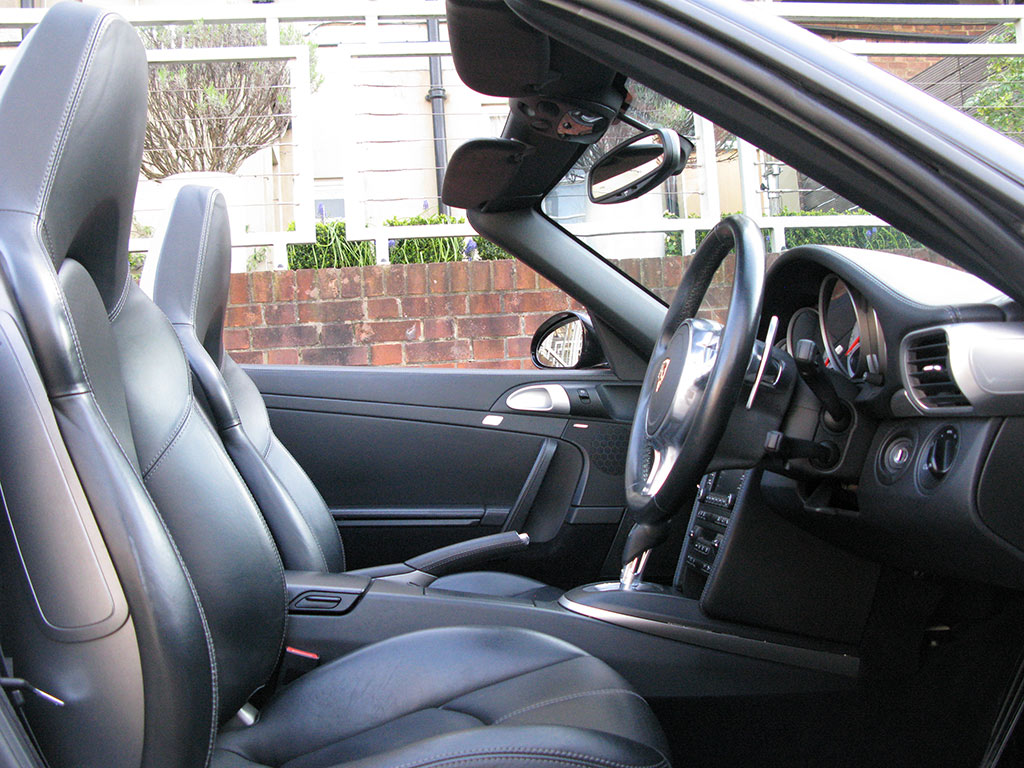 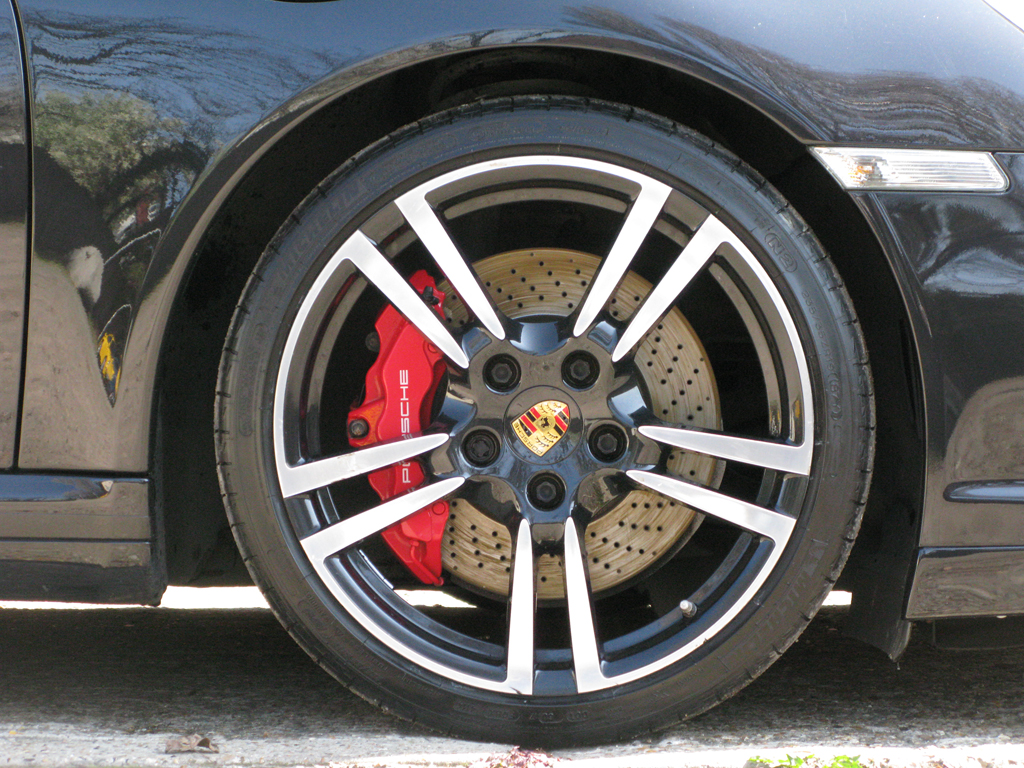 Debuted at the 2006 Geneva Auto Show, the 997 Turbo was an exciting update on the Carrera model. It featured a dramatically redesigned front bumper wherein the LED turn signal strips were integrated into the air intakes (a design feature that would be carried into the 991 generation). Like previous generations, the Turbo used the same wider body shell of the all wheel drive models, giving it that aggressive wide-stance typical of the Turbo denomination. Other design changes included large air vents either side of the rear wheels and in the rear quarter panels as well as a retractable rear wing. The extensive use of aluminium was key in lowering the Turbo’s curb weight by 41kg and therefore upping its performance. The other component responsible for this feat? The incredible 473 hp engine based on that of the 911 GT1. In a Porsche production first, the engine used two BorgWarner VTG turbochargers that were fitted with a two-stage resonance intake system and were instrumental in reducing turbo lag at low speeds. All these improvements led to dizzying performance statistics. According to Porsche, the 997 Turbo does 0-60 in 3.9 (manual) and 3.7 (tiptronic) and has a top speed of 193 mph.

Thanks to the backwards production process of the 997 generation (cabriolet before coupe), the Turbo Cabriolet  was one of the fastest convertibles in production when it was released, coming incredibly close to the Turbo coupe’s performance statistics.