How To Build A Restomod Ferrari, Properly
11 October 2021

Restored and modified - the definition of the word ‘restomod’, a word you’ll only ever hear in the world of classic cars. In essence, it’s companies like Emory Motorsports, Eagle E-Types, Alfaholics or the infamous Singer Vehicle Design. These companies, as well as several more, are regarded as some of the best ‘restomod’ builders money can buy, but they’re about to seemingly be joined by one more…

Enter Officine Fioravanti, and their all-new, yet classic Ferrari Testarossa. 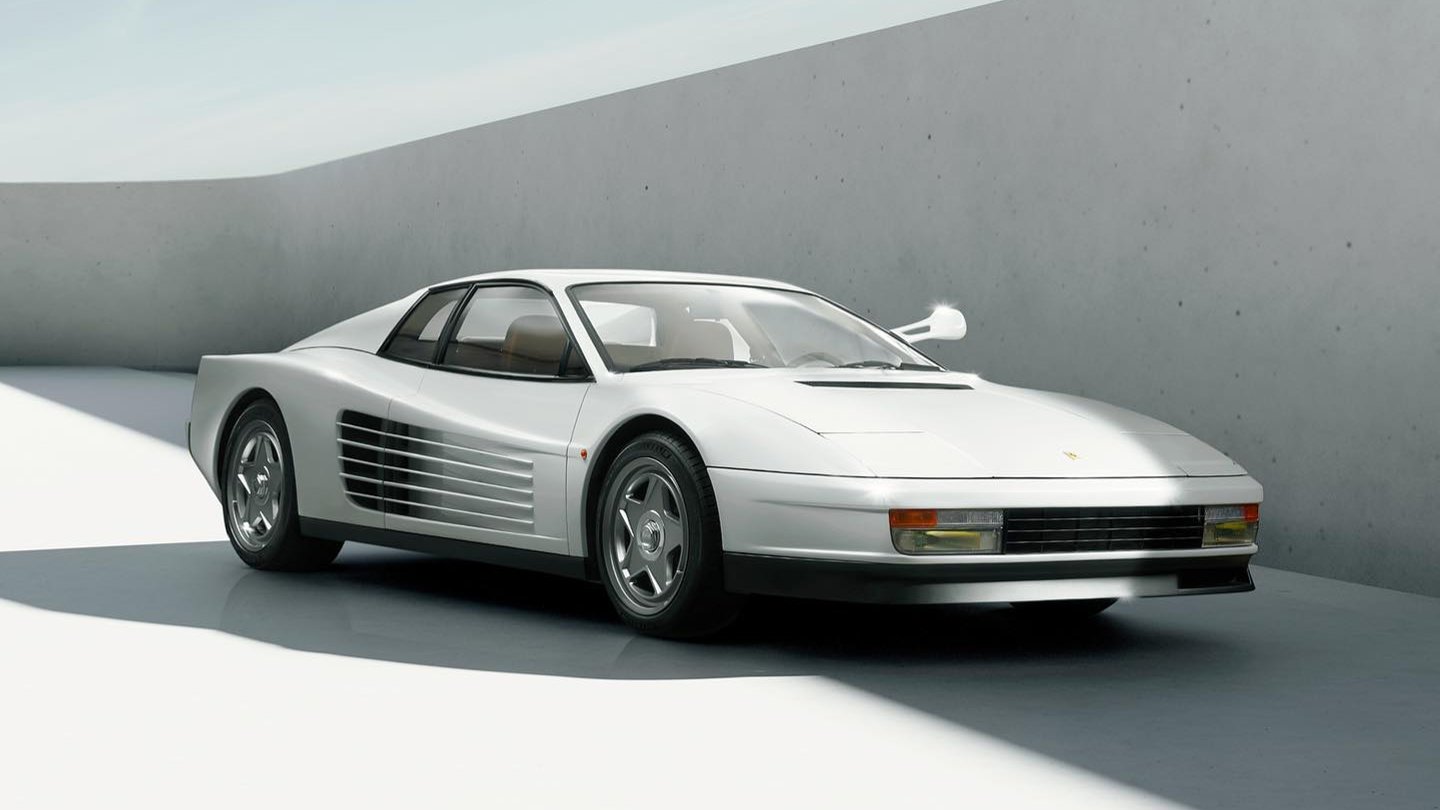 A Swiss Company, Officine Fioravanti unveiled their Testarossa just over a week ago, to widespread praise across the automotive industry. However at first glance, you’d be forgiven for wondering exactly how their car is different to the original. The OF Testarossa is not like a Singer 911, or an Eagle E-Type, where the modifications and changes are noticeable. Instead, the car features a complete mechanical and technological overhaul, without any major changes to the design. According to the company, their car is “the present in the Testarossa and not the Testarossa in the present”.

Modifications include a completely flat undercarriage, six and four piston Brembo brakes at the front and rear respectively, new intake & exhaust systems and a reworked block for the 5-litre flat-12 engine which now achieves 510 horsepower (as opposed to the original 390) and a 9,000 rpm redline. Additionally, paired with a set of modern performance tires, the TR’s iconic centre lock wheels are now upsized to 17” up front, and 18” at the rear, which also save a considerable amount of weight over the original 16” wheels. With all of these improvements the car saves 130 kilograms, and when it comes to speed, Officine Fioravanti’s Testarossa can hit 200mph.

As for the interior, it’s the same story: nothing game-changing, just subtle and tasteful improvements all round while retaining the Testarossa’s original identity. Swathes of leather have been added to the cabin, with much less plastic than before, and modern controls & functions are all subtly implemented so nothing looks out of place. It even has a period-looking centre console switch to adjust how much traction control and ABS you get - so if you’re looking for a true, analogue Ferrari experience you won’t be disappointed. Our favourite improvement to the interior however, is the Bluetooth car phone so you can really feel like you’ve gone back in time to the 80s! 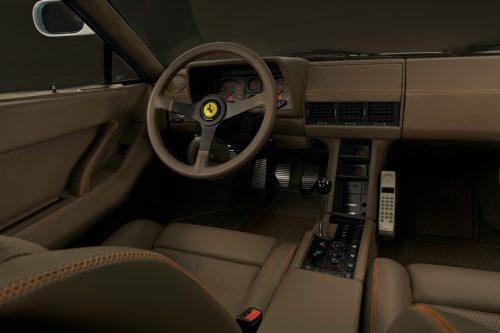 In conclusion, this is in our view a fantastic example of a tasteful restomod. It keeps the spirit and identity of the Testarossa intact, whilst improving and building upon the important things like powertrain, brakes and that brilliant interior. We’re very excited to see what else Officine Fioravanti brings to the classic car world next.

While it’s not exactly the same as a restomod Testarossa, we’ve recently acquired a very low mileage (just 10,000) 2005 Ferrari F430 Spider, in the classic Rosso Corsa over Creme configuration. Combine that with its gated manual transmission and you’ve got a seriously fun, naturally aspirated convertible Ferrari, perfect for a weekend getaway. Available at our London showroom for £132,500 - don’t hesitate to get in touch if you’re on the hunt for one!